Lots of human visitors are just arriving on their summer holidays this month but, for many birds, plants and animals this is autumn and the start of their preparations for winter!

Many of the birds that passed through, and over, Coigach and Assynt in the spring on migration to their northern breeding grounds in Iceland and Greenland are now doing the reverse journey after, hopefully, a successful breeding season.

One bird species that maybe we don’t always think of as a migrant is the Oystercatcher, Haematopus ostralegus. These unmistakable black and white waders with their long, stout orange bill do breed locally but many, that spend the winter with us, migrate to Iceland to do so.

One great example of this was a colour-ringed Oystercatcher first spotted at Bay of Culkein on 18 September 2018. The details of this bird were sent to the British Trust for Ornithology and a few days later it’s history was received from the Iceland based International Wader Study Group.

This male bird had last been seen on incubation duty at Eskifjörður, Högnastaðir in Iceland on 21 May 2018. He was last spotted at Culkein Stoer, before returning to Iceland, on 27 February this year. We are hoping for his safe return again in the autumn. 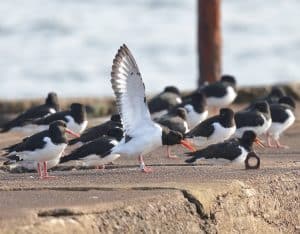 A few other migrant waders to look out for this month are Sanderling, Calidris alba; Dunlin, C. alpina; and Whimbrel, Numenius phaeopus. Then, just to really make you think beyond summer, some thrushes such as Mistle Thrush, Turdus viscivorus, will start arriving from northern Europe this month – keep an eye on your local Rowan berries! Also, the Swallows, Hirundo rustica and House Martins, Delichon urbica, including this year’s youngsters, will be gathering to head back to southern Africa to enjoy another summer! 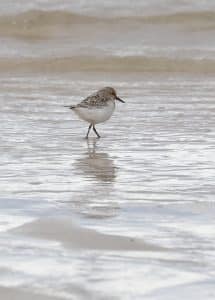 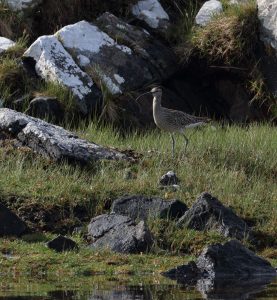 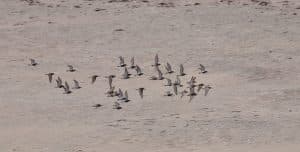 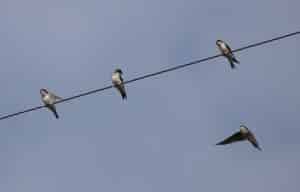 Some of the most conspicuous flowering plants throughout the CALL area during August are the heathers. Our three species not only add a mass of colour to the landscape but also provide a good, late source of nectar for bumblebees and other insects.

The most widespread and latest to flower is the Ling, Calluna vulgaris; it has masses of small flowers. Bell Heather, Erica cinerea has larger, dark purple-pink, bell-shaped flowers. The third heather is Cross-leaved Heath, Erica tetralix; its flowers are slightly larger than those of the Bell Heather and occur only at the top of the stems in a pale pink colour. 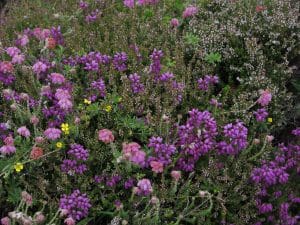 Lots of other flowering plants have now lost their flowers and are busy producing fruit to help the spread and continuation of the species. Many of these fruits also provide winter food for birds and insects, the Rowan, Sorbus aucuparia is a very obvious example.  The seeds within the bright red fruits are dispersed by the birds that eat the berries and so help in the spread of the Rowan. 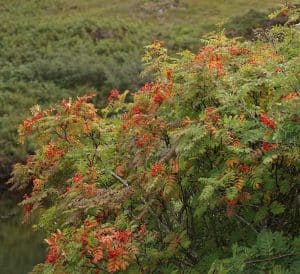 One other autumn plant to look out for in the boggier areas, as the name suggests, is Bog Asphodel, Narthecium ossifragum. By August the flowering stage is past but the orange coloured stems which hold the reddish, egg-shaped fruits can be seen. They add a stunning patchwork of colour to a landscape that is starting to put on its winter garb. 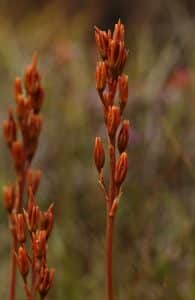 All of this plant activity is also producing food for some of our small mammals. One very important part of this cycle is the Hazel, Corylus avellana. Wood Mice, Apodemus sylvaticus and Bank Voles, Myodes glareolus are very fond of hazel nuts. So, if you come across a collection of empty shells have a look at them.

If they have been eaten by wood mice the hole in the shell, through which the kernel has been extracted, will be untidy with tooth marks on the outside of the shell. If the hole is neat looking then bank voles have had a picnic! 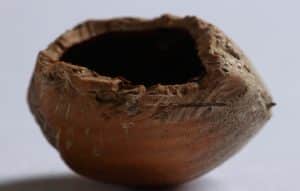 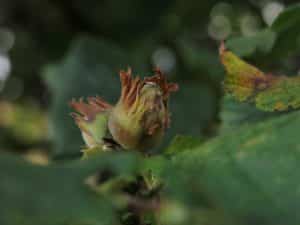 Both of these small mammals also have a habit of stashing the nuts for future consumption. Predictably some of these animals will not survive or will simply forget where their stash is. This can lead to a few of the nuts germinating and, given the right conditions, new hazel trees appearing.

So, enjoy your summer holiday and please remember this is still very much a living landscape which deserves our respect and admiration.